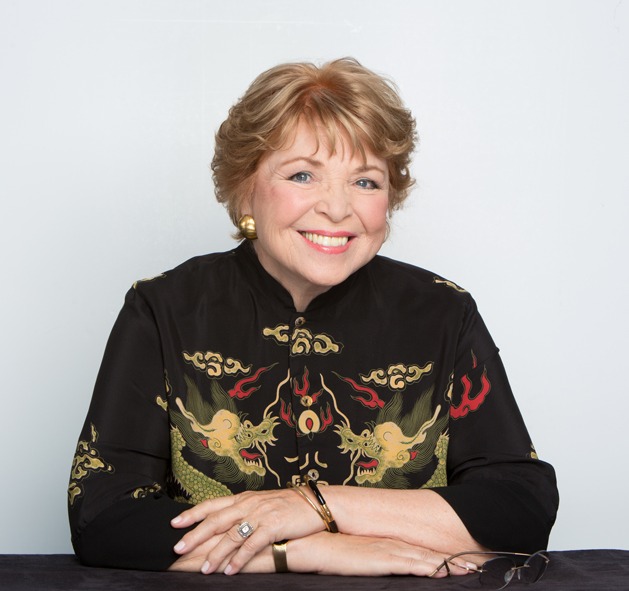 I don’t support cancer charities that expect patients to smile, put on a pink ribbon, donate, and blame themselves for having cancer or for failing to recover. Instead, I support organizations that empower patients to question authority and make sure they are getting the best care.
Janet Maker Ph.D.

I was diagnosed with breast cancer in 2011. It was found by accident on a chest x-ray, and I was shocked. There was no history of breast cancer in my family, and I never thought it could happen to me.

My second shock was encountering the medical establishment and its “standard of care.” They wanted me to follow their program of surgery, chemotherapy, radiation, and hormones even though those things don’t work for many people, and even though they have serious side effects. I wanted to make my own informed decisions, but, like most people, I knew next to nothing about breast cancer. I had to scramble to find what information I could under the pressure of time, knowing that the cancer could be spreading.

The personal became political as I encountered the cancer establishment with its one-size-fits-all standard of care, the corporations responsible for the carcinogens in the environment, research funded by the corporations, legislators who rely on corporate contributions to keep their jobs, and the cancer charities that take corporate money in return for pinkwashing.

“The Thinking Woman’s Guide to Breast Cancer” is the story of my journey and all the things I learned. In some cases I learned them too late; some of my decisions would have been different if I had known then what I know now. I realized that I had to write this book to empower others to take charge of their care.

As of now, I have no evidence of breast cancer, but I am at high risk for recurrence or metastasis, so I am not able to simply return to the life I had before. Conventional cancer care offers periodic tests to see whether the cancer has returned, but it does not offer anything beyond hormone therapy to prevent the cancer from returning. The problem is that if it returns it will likely no longer be curable. I had to go outside of conventional oncology, where I found a lot of evidence that changing one’s “terrain” can keep the cancer dormant. Working with an integrative oncologist, I follow a program of diet, supplements, exercise, mental/spiritual practices, and avoidance of environmental carcinogens.

I hold a Ph.D. in Educational Psychology from University of Southern California, a M.S.in Social Work from Columbia University, and a B.A. in English from University of California, Los Angeles. I am retired from a career as a professor and author of textbooks in the field of College Reading, and my academic training was a big help in doing the research for this book. I live in Los Angeles and I love traveling, dancing, food, blues music, Spanish, and the outdoors.

What do you mean by taking charge of your recovery?

I mean that you need to learn all you can about the type of breast cancer you have. This information will empower you to interact responsibly with your doctors, ask the right questions, and make sure you are getting good answers. I’m always struck by the fact that people will go to a lot of trouble to educate themselves about buying a house or a car, but when they get cancer, many of them will just passively do what their doctor tells them. A cancer patient is a consumer buying a very expensive service, and her life may depend on making the right decisions.

What kind of information should patients look for?

They need to know, for their particular type of breast cancer, what all the treatment options are, what the success rates are for each option, and all the side effects, so they can make the decision that they consider best for them. Doctors will recommend the “standard of care,” which is some combination of surgery, chemotherapy, radiation, and hormones, but this approach doesn’t work for everyone. About 40,000 women in the U.S. die every year from breast cancer, and others suffer from disabling side effects feom the treatment.

Can you give some examples where the standard of care may be a poor choice?

Yes. In my case, the cancer was not in my breast, only in my lymph nodes, although it was still breast cancer. I saw five surgeons who all agreed that I needed axillary dissection, which means removal of lymph nodes in my armpit. However, there was a definitive study that showed that, for women who met certain criteria, removal of cancerous lymph nodes does not increase survival. In other words, they had two groups of women with cancerous lymph nodes. In one group they removed them; in the other group they didn’t, and five years later there was no significant difference in survival or recurrence. I met the criteria, but all the doctors insisted that the research did not apply to me. When you have cancer, you are afraid, and it’s easy to cave in to authority, which I unfortunately did. Several years later, when I discussed it with my surgeon, he agreed that the research was new at the time, and if we were doing it now, he would not insist on surgery. The doctors were following the standard of care at the time, which put me through an unnecessary surgery. The problem is that there is a lot of evidence that surgery spreads cancer. It’s usually thought that the benefit of surgery outweighs the risk of spreading the cancer, but in my case there was no benefit. My tumor markers, which are a very rough indicator of cancer in the body, were normal before the surgery, but they went up after surgery and have never returned to normal for more than brief intervals. So it’s likely that I am worse off for having had the surgery—and I also have to live with side effects. Because of the risk of lymphedema, I will always have to be careful with the arm on that side for the rest of my life. I have to wear a compression sleeve on airplanes, I can’t have needle sticks or even blood pressure cuffs on that side, and I have to be very careful about cuts and burns.

How does your book help patients find the type of information they need?

I go into detail about the types of help that are available. For example, I discuss patient advocates, integrative oncologists, concierge doctors, and journals and websites. However, the thing that may have helped me more than anything else was other breast cancer patients, and the information I got from them had the advantage of being free of charge. I went to a breast cancer support group at the Cancer Support Community, and the patients there recommended different doctors and hospitals. I spent a lot of time online at breastcancer.org, which is a huge international community, and I found out things that nobody in my breast cancer support group knew. For example, they told me how to keep my hair during chemotherapy, even though the drugs I was taking had a 100% chance of hair loss. They also told me that the hair loss is sometimes permanent, not temporary as they had all been promised. This was the reason I was so motivated to keep my hair, and it worked.

You talk about taking charge of your remission. What do you mean by that?

Conventional cancer care consists of some combination of surgery, chemotherapy, radiation, and hormones. After that is over, there is no further treatment. They check periodically to see whether the cancer has come back, but if it does come back it will most likely no longer be curable. Therefore, it’s very important to prevent it from coming back, and that’s what conventional treatment does not do. What I do is work with an integrative oncologist. Integrative oncologists are trained in conventional oncology and also in integrative medicine, which takes account of the whole person. They believe that there are two parts to cancer treatment. The first part is what conventional oncologists do. The second part is to change what they call your “terrain” to make it less hospitable to cancer. They test things like oxidation, circulation, glycemia, inflammation, immunity, and stress chemistry, because these things affect the body’s response to cancer. I get my blood tested 3 or 4 times a year, and if anything is less than ideal, we correct it with nutrition, supplements or prescriptions medications, exercise, and body/mind practices for stress reduction. I have no way to prove that these things have kept my cancer at bay, but I feel that if there is good evidence that something will help, and if there are no serious side effects, then I want to try it.

What lifestyle changes have you made to keep your cancer in remission?

Diet is a big thing. I am not supposed to eat any animal products except fish, whey protein, and egg whites—and the occasional Omega-3 yolk. I am allowed to cheat four times a year, which I really look forward to. I can have dark beer and red wine, but no other alcohol. I am supposed to avoid sugar and refined grains, and I have to eat a lot of organic fruits and vegetables. I take a huge amount of supplements, which are prescribed based on my blood tests. I am careful about getting exercise, and I am also careful about my mental and emotional health. I have been meditating for many years, so I have some control over my thoughts and feelings, and I pay attention to them. I’m also careful about the relationships in my life, that they are helpful rather than harmful. I suppose the most important, and the most difficult thing has been to avoid all the carcinogens in the environment. They are everywhere—in air, water, food, kitchenware and packaging, personal care products, household cleaning products—everywhere. I have been slowly replacing all those things with safer alternatives.

What is the main thing you think people should know about breast cancer?

I think the most important thing is prevention, and this is another thing we don’t hear much about from conventional oncologists. Cancer has numerous causes, and some of them are preventable. The main preventable cause is carcinogens in the environment. Avoiding environment carcinogens leads to political action, demanding safeguards and accountability from corporations and governments that allow carcinogens to pollute every aspect of our lives. When I donate time or money to cancer charities, I concentrate on the ones that work toward prevention, such as Breast Cancer Action and Breast Cancer Fund.