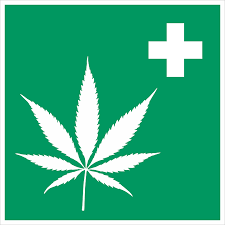 Medical marijuana has been in the news a lot lately, and it is also being studied for its effects on breast cancer.  I had an experience with it when I was undergoing chemotherapy in 2011.

I was feeling quite sick, and my daughter wanted to do something to make me feel better.  She had heard that marijuana was good for cancer patients, and she had a friend who was licensed to grow marijuana legally.  They both thought it might reduce my suffering during chemotherapy if they made me some brownies. I had not had any recreational drugs for more than twenty years, but I thought it was worth a try, so long as they used organic ingredients. The friend infused some marijuana into pasture butter (pasture butter is made from milk from grass-fed cows) and gave it to my daughter, who added the other ingredients to make a batch of brownies. I must say that these brownies were nothing like the ones I had consumed back in the day, full of sticks and seeds and tasting like hay. These were smooth and delicious, so I ate two.

The drug experience was also completely unlike the old days, which used to be all giggles and munchies. This one was very psychedelic, and not really in a good way. Things seemed blurry and strange, but not especially interesting. Maybe it would have been fun if I had not been sick, but I can’t say I enjoyed it. In fact, if I had not had experience with psychedelic drugs in the past, I would likely have been scared. Finally, I fell asleep, and when I woke up in the morning I was just as high as the night before! Since I was taking it easy anyway because of the chemotherapy, I had nothing on my agenda, which was fortunate. It took three days for it to wear off completely.

I had heard that marijuana can help cancer patients, not only with symptom reduction, but it was also said to have anticancer effects. Much later, I checked the website of the National Cancer Institute, and found summarized results of many studies: