What You Need to Know About Mammograms 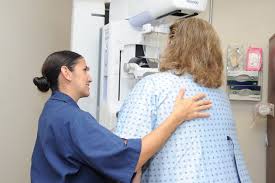 Many women feel they are protecting themselves against breast cancer when they have their annual mammogram. However, the truth is that, while mammograms can be useful in detecting breast cancer, they have no value in preventing it or in curing it; and even the value of early detection is less impressive than many people think. An analysis published in the Archives of Internal Medicine shows that only about 3 percent to 13 percent of women who detected their breast cancer by mammogram were actually helped by early detection.1 The breast cancers that are found on mammograms can be seen as falling into four categories.

The first category includes cancers that are overdiagnosed; that is, they would never have become dangerous and there was no need for any treatment. For example, I had a tiny tubular cancer in my breast that would likely never have required any treatment. However, because of their mammograms, women are sometimes treated unnecessarily and harmed by side effects from surgery, chemotherapy, radiation, hormones, and the late effects of treatment, such as new cancers, scarring, and/or heart damage. The National Cancer Institute reports estimates of between 20% and 54% for cancers that were detected by mammogram but that never would have caused the woman’s premature death or even any symptoms during her lifetime.2

An example of overdiagnosis is DCIS (ductal carcinoma in situ), in which abnormal cells are found in the lining of breast ducts. DCIS is Stage 0, meaning it has not spread outside the duct into the surrounding breast tissue, and it’s commonly called a precancer. DCIS has a 10-year survival rate of more than 98%, but because a few cases do progress into breast cancer, and because doctors cannot distinguish which cases of DCIS will progress and which will not, they have been recommending treatment for all of them. Currently, approximately 35 percent are treated with lumpectomy, about 25 percent with mastectomy, 3 to 5 percent with active surveillance only, and the remainder with lumpectomy plus radiation or hormone treatment or both.3  However, new research reported in JAMA Oncology looked at more than 100,000 women with DCIS and found that aggressive treatments do not reduce breast cancer mortality rates.4 This implies that the best course of action would be watching and waiting instead of undergoing treatment with all its risks. Of course, this finding reminds me of the statistics showing that my axillary dissection did not  likely improve my chances of recurrence or survival. I hope that doctors will provide their DCIS patients with better information and recommendations than I received, so that patients will feel comfortable if they opt to refuse unnecessary treatment.

Another stage 0 “cancer” (which is not really cancer even though it has carcinoma in its name), is LCIS (lobular carcinoma in situ), which means there are abnormal cells in the lobules. It is not usually even considered a precancer, but rather a risk factor. It is not normally treated with surgery, radiation, or chemotherapy, but because most cases of LCIS are ER+, it is sometimes treated with anti-estrogen hormones. Annual mammograms and breast exams are also recommended.

This still makes mammograms worthwhile, but the optimal amount of screening is controversial. In 2009, the United States Preventive Services Task Force (USPSTF) recommended beginning mammograms at age 50 instead of 40, and testing every other year rather than annually, until age 74. A woman who began screening every two years beginning at 50 would undergo only 13 mammograms in her lifetime, as opposed to the 35 that a woman who had annual mammograms beginning at age 40 would. Fewer mammograms would mean less risk of radiation exposure (radiation is a carcinogen) as well as less risk of harm from overdiagnosis. There was a huge outcry from the public, who viewed these changes as an attempt to save money at the risk of their health. Agencies with a financial interest, such as the American College of Radiology and the Society of Breast Imaging, piled on, issuing a joint statement saying that following the recommendations would result in lethal consequences for thousands of women each year. Everyone went back to the drawing board, and in 2015 the American Cancer Society (ACS) issued new recommendations. They now recommend that women with an average risk of breast cancer begin annual screenings at age 45 instead of their previous recommendation of age 40. However, women aged 40 to 44 should be able to opt for annual screening if they wish. Women 55 years and older should be screened every other year, but they should have the opportunity to continue annual screening if they wish. Elderly women should continue screening mammography as long as they are healthy and expect to live at least 10 more years. The USPSTF stuck with essentially the same recommendation it had made in 2009.

Many people believe that screening is overemphasized. Dr. Susan Love, author of Dr. Susan Love’s Breast Book, has said that she would like to see less emphasis on screening and more focus on cancer prevention as well as on treatment for the most deadly cancers, particularly those that affect younger women. “There are still 40,000 women dying every year,” Dr. Love said. “Even with screening, the bad cancers are still bad.”5

Another problem with mammography is its frequent false-negative results. This means that the mammograms appear normal even though the patient has breast cancer. Screening mammograms miss about 20 percent of breast cancers that are present at the time of screening, mostly because of high breast density.6 Breasts are composed of two types of tissue. Fatty tissue is nondense, while glandular and connective tissue is considered dense. While all women have both types of tissue, some women have denser breasts than others. Breast density can be inherited, but is also seen more frequently in women who (like me) have never given birth, women whose first pregnancy occurs late in life, and post-menopausal women who (also like me) used hormone replacement therapy (HRT). As a woman ages, her breasts usually become more fatty, but about 25% of post-menopausal women still have dense breasts, as compared to about 67% of pre-menopausal women. Dense breast tissue looks like a solid white area on a mammogram, while nondense tissue looks black. Tumors are dense and therefore appear white on mammograms, which means they are often not visible against dense breast tissue, which also appears white. Dr. Thomas Kolb, a radiologist specializing in breast cancer detection based in New York, says, “In women with grade 4 dense breasts — the most dense — mammograms miss 59 percent of breast cancers.”7

In some states, doctors are not required to inform patients of their breast density grade, so women would not know. I never knew my grade, and I was never referred for routine screening MRI tests. I had been told that I had “extremely dense” breasts, but nobody ever explained to me what that meant or indicated that breast density had any importance.

Nancy M. Cappello, Ph.D. was diagnosed with advanced stage breast cancer in 2004. Because she had dense breast tissue, her cancer was not found by mammogram even though she had yearly “normal” mammograms since she was 40. Because of her own experience, Dr. Cappello founded Are You Dense, Inc., a charitable organization dedicated to informing the public about dense breast tissue and its significance for the early detection of breast cancer. The following information can be found at the website AreYouDense.org and is used with the permission of Are You Dense, Inc. Five facts about dense breast tissue:8

Less than one in 10 women learn about their dense breast tissue from their doctors.

According to Dr. Cappello, 90% of women do not know that density increases the risk of developing breast cancer. The website offers an online brochure with advice on how women can find out if they have dense breasts and what to do about it.

Because of these efforts and the leadership of Dr. Cappello, 27 states have density notification laws and several states have either introduced, or are in the process of drafting, breast density disclosure laws. Additionally, The Breast Density and Mammography Reporting Act of 2015 has been re-introduced in both the U.S. House and the Senate. This federal legislation will standardize density reporting across the country and give women access to critical breast health information as they discuss their personal breast cancer screening surveillance with health-care providers. Updated information about legislative efforts across the country can be found at AreYouDenseAdvocacy.org.

The 2015 feature length documentary, Happygram is about the consequences of withholding medical information about breast density. Here is a plot summary:

Happygram explores the deadly impact of withholding material medical information from 40 million women each year who obtain screening mammograms for the early detection of cancer. For the 40% of these women who have dense breast tissue (15 million women), mammograms are an ineffective screening tool, missing up to 75% of cancers in dense tissue. Each year, thousands of these women die as a result of the missed cancer. Despite the evidence of mammographic ineffectiveness in these women, if no cancer is detected on the mammogram, most women were informed that their results were ‘normal,’ or ‘negative.’ The information is communicated in a letter that is mailed to each woman, sometimes on pink paper. This letter has come to be known as the ‘Happygram.’9

So far, medical organizations have not provided any guidelines about how women who have dense breasts but no other unusual risk factors should be screened. One option is digital breast tomosynthesis, a type of 3-D mammography which seems to be replacing regular mammography in many imaging centers. It appears to pick up more cancers (and have more false positives), but it’s too early to tell whether it improves survival rates. For women with very dense breasts, ultrasound is sometimes recommended in addition to mammography, and some doctors recommend MRI for women with a breast-cancer risk that is 20 percent higher than average.10 This would include those who have had breast cancer, pre-cancerous conditions, or a family history of breast cancer. There is a new method currently being tested that looks promising as a way of detecting breast cancer in high risk women with dense breasts. Molecular breast imaging (MBI), also called Miraluma, sestamibi, scintimammography, and specific gamma imaging, uses a radioactive tracer injected into the body through a vein in the arm. Breast cancer cells take up more of the tracer than normal cells do, making tumors easier to spot than they are on mammograms. A study comparing mammography to MBI for women with dense breasts found that MBI detected two to three times more tumors, similar to the results with MRI. Unfortunately, MBI exposes patients to a much greater dose of radiation than mammograms do.11Patients need to weigh for themselves the advantage of early diagnosis against the harm from excess radiation.