Reducing Stress to Stay in Remission 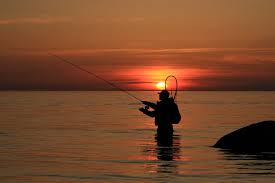 One thing experts seem to agree on is that cancer patients should find ways to reduce stress. Even mainstream cancer centers usually offer things like tai chi, yoga, and meditation for this purpose. Of course, the main source of stress for me in recent years has been dealing with cancer. I have had to make lifestyle changes I did not want to make, and I also have to think about what I would do if I have a recurrence or metastasis. Because my tumor markers keep fluctuating, it’s hard to put recurrence out of my mind. There are also concerns about side effects that could show up later, such as lung cancer and jaw necrosis. Although I would have liked to return to the same life I had before my diagnosis, that will not be possible.

I would say that my coping mechanisms mainly involve monitoring my thoughts and feelings, trying to make sure they promote health and happiness rather than illness and pain. I want to live as rich and full a life as possible in whatever time I have left. I often hear about people “battling” and “fighting” breast cancer, but I never think of cancer in those terms, because in my mind, battling and fighting are stressful rather than healing.

When I was 20 years old, I had an experience that changed the course of my life. I had read The Doors of Perception by Aldous Huxley, which was about the benefits of a psychedelic experience. I realized that I wanted those benefits, so as soon as I could, I located some peyote and a safe person to take it with. I wanted a calm environment, so we headed for the desert. Peyote brings on a 12-hour trip. During the 12 hours, I didn’t exactly hallucinate, but objects took on very different aspects. I noticed that whatever I looked at, in the sky or on the earth, took on different shapes and colors that could appear anywhere from hellish and terrifying to heavenly and loving. Slowly it dawned on me that these different aspects might not be originating from the external world at all, but rather from inside my mind and my emotions. Since I had 12 hours, I used the time to experiment. I changed my feelings, and sure enough, the outside world changed to match. I realized that I had discovered the secret of life. Although it is less obvious when not on psychedelic drugs, much, maybe even all, of what we experience in the world is really our own projection. In other words, people who approach life with fear get back scary experiences, and people who approach it with love get back loving experiences. To have a happy life, we only have to control ourselves. At this point, someone will say, what about all those innocent babies who are having bombs dropped on their heads or becoming orphaned? Of course I don’t consider them responsible for their fate, and the obvious solution is to stop dropping bombs and to take care of all the orphans. But each of us must work with the hand we were dealt, and the only person anybody can control is oneself. There may be circumstances in our lives that we can’t change, but we can always change how we react to them. I have heard this idea expressed by survivors of abuse, torture, and concentration camps.1  Certainly I can control how I react to cancer.

When I realized that the secret of life is that we create our own reality, my goal from then on was to become the creative master of my own life. However, this was more than 50 years ago, before this idea became popular, so I had to try to figure out what to do with my discovery on my own. This has entailed an endless process of trial and error, which certainly is not finished. Some of the things I have found that work for me are meditation, yoga, journaling, reading inspirational literature, affirmations and imaging, and meeting with a life coach. In my view, it’s very difficult to change beliefs and emotions that have, in many cases, been embedded in our neurology since childhood, and it requires a very big effort

Interestingly, my view of reality has been validated by science.  Here is a quote that explains it:

A fundamental conclusion of the new physics also acknowledges that the observer creates the reality. As observers, we are personally involved with the creation of our own reality. Physicists are being forced to admit that the universe is a “mental” construction. Pioneering physicist Sir James Jeans wrote: “The stream of knowledge is heading toward a non-mechanical reality; the universe begins to look more like a great thought than like a great machine. Mind no longer appears to be an accidental intruder into the realm of matter, we ought rather hail it as the creator and governor of the realm of matter. (R. C. Henry, “The Mental Universe”; Nature 436:29, 2005)30

I have most of what I ever wanted from life. I have financial security, loving relationships with family and friends, a sense of purpose, enough freedom from fear that I am able to travel all over the world by myself, and health that is good enough, despite the cancer, to permit me to do almost anything I want. When I don’t know how to solve a problem, I ask for a solution, and eventually the answer comes.  I imagine that the answer comes from the universe or my inner self, which may be the same thing. Some people would call it God, but I avoid the word because it conjures up images of a patriarchal judge, which is not at all what I experience. When I get the help I ask for, it makes me feel like the universe is on my side.

If I get a recurrence of cancer or another deadly disease, I will hire a patient advocate and anyone else I can think of who can help me find out what both conventional medicine and alternative medicine have to offer. If there is a regimen that will allow me to have an enjoyable life, however short, I am likely to do it. However, if it involves enduring something awful with nasty side effects in order to eke out a few more months or even years, I am likely to decline.

I recently read a book called Radical Remission by Kelly A. Turner. I imagine that every oncologist runs across cases of “spontanteous remission,” or medical miracles. Since oncologists cannot explain these cases, they tend to simply dismiss them. I have always thought that these are exactly the cases that should be studied, since they could provide clues to cures. Dr. Turner felt the same way, and for her Ph.D. thesis she interviewed people whose cancer remissions could not be explained by medical science, as well as alternative healers who worked with cancer. Her thesis later became a book, the book became a New York Times best seller, and Dr. Turner is now working on a movie and a docuseries. She has a website on which people who have had radical remissions can share their stories, so there is now a database that can be studied. Current cancer patients can connect to this database as a source of information and inspiration. If I have a recurrence or a metastasis, I will certainly use it.

Dr. Turner found that the term “spontaneous remission” is a misnomer; patients actually worked very hard to create their remissions. More than 75 different factors kept coming up, but there were nine that seemed inevitable: almost every survivor did all nine things. They were not done in any particular order, and none was considered more important than the others:

Taking control of your health

Deepening your spiritual connection, and

Having strong reasons for living

I try to do all of these things.

Another issue that I consider important is preparing for death. While I have strong reasons for living, and while I am doing my best to live as long and as healthy a life as possible, I think that each of us, whether or not we have cancer, ought to prepare for our own death before it happens, so that we can die peacefully. The main concerns I have about death include fear of the unknown; regrets about things I did or did not do, including the fear that I might not have enough time to accomplish my purpose in life; and sadness about losing everything I know and love. I suppose that those who believe in a religion that offers clear rules leading to a specified afterlife might not have these same concerns, but the rest of us have to figure it out pretty much on our own, since we live in a culture that prefers to avoid the subject.

So far as my three values are concerned, I have made a lot of progress, although it embarrasses me to think of how slow it has been. I have learned how to feel joy almost whenever I want to, by doing what some people call becoming mindful, or being in the present moment. Now I am working on remaining in that state for longer intervals. So far as being kind is concerned, I have discovered that all people, including myself, are equally important and worthy of love. Nobody is superior or inferior to me. Knowing that we all deserve love makes it easier to be kind and respectful to everyone. Although I do catch myself making unkind judgments about myself and others, I am continually getting better. When I remind myself that all of us, even those who seem most powerful or most vicious are, at bottom, confused children doing the best we can with the limitations we have, compassion becomes easier.

My overall purpose is to create a life in accordance with my values. I also have specific purposes, which I experience as strong inner urges. My life coach’s philosophy is that everyone needs to be in his or her creative flow. If they are not, then the energy backs up and manifests as things like family drama, anxiety or depression, or illness. I think creative flow is another term for purpose. Although I imagine everyone wonders about the choices they made, I have had a feeling for most of my life that what I was doing was important.

Another thing I am working on now is to get over my fear of death by convincing myself that as a part of an all- loving universe, I am completely safe. It doesn’t make sense to me that all the evolution I have worked so hard to achieve would just end, so I like to think that my evolution will continue in some form, although my body and my personality will be gone. Since I love to travel, I like to think of death as a great adventure to a very exotic destination.

Preparing for death involves not only dealing with regrets about the past and fear of the unknown, but also with the sadness of saying goodbye to everything we know and love. For example, each time I travel to some place far away, I am aware that I might not see it again. The same thing happens when I get together with people I see rarely. As my time grows shorter, I will be experiencing more and more things for the last time. This awareness makes each experience bittersweet but very precious.