Cancer and the Precautionary Principle 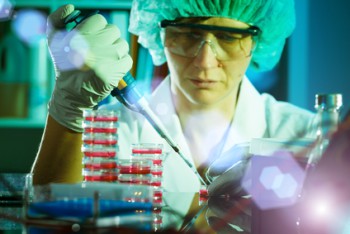 Seventy percent of people with breast cancer have none of the known risk factors, like early puberty, late menopause, or family history of cancer. This suggests that most breast cancer is caused by carcinogens in the environment, and there is a great deal of evidence that carcinogens in food, water, air, and industrial, agricultural, and consumer products are the principal cause of cancer.

Many corporations have responded to this evidence by hiring scientists to show that their products are perfectly safe; by lobbying Congress to keep consumers in the dark by preventing labeling; by prosecuting whistleblowers; and by lobbying for international trade deals that prevent governments from protecting their own citizens. It’s very clear that many corporations put profits ahead of public safety.

Government, both state and federal, is of far less help than it could be. The sad truth about politicians is that most of them will do what it takes to keep their jobs, and what it takes in the U.S. is a pile of money to fund their constant campaigning. Most politicians solicit corporate cash, and they claim that taking the money does not influence the way they legislate. The fact is that they have not been doing a responsible job at protecting public health.

Some corporations have voluntarily adopted the precautionary principle as a basis for making at least some of their decisions. This means they might balance their need for profits against possible future harm. For example, a company might stop using ingredients that were suspected carcinogens rather than waiting until science had proof that they caused cancer, even though this decision might cost the company more. Of course, companies are much more motivated to do the right thing when consumers demand products that are free of suspected toxins.

As global climate change adversely impacts economic growth, the right-wing corporate elites are counting on new technologies to save the global economy. One is genetic engineering, which is creating entirely new organisms (GMOs) that don’t exist in nature.  Another is geo-engineering, which aims to alter the weather to counteract global warming (also used for military purposes).  Another is nanotechnology, which manipulates atoms and molecules.  What could go wrong? How do they affect cancer?  It would seem that if ever the precautionary principle were called for, that time is now.  However, so long as corporations have the ability to corrupt politicians with money, we as citizens will be subjects in a global science experiment without our consent.