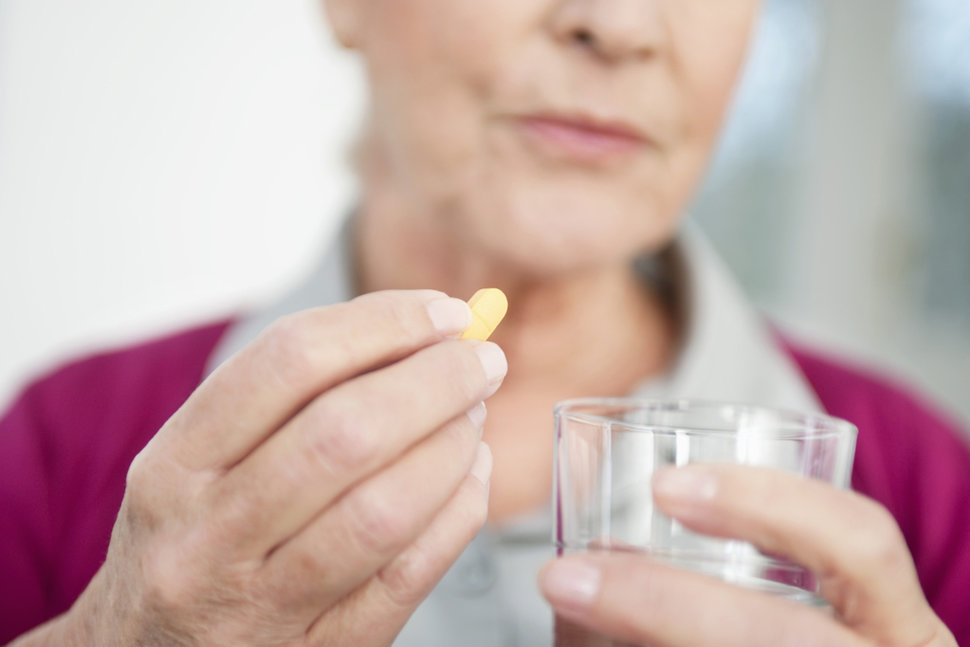 Research indicates that five-year survival is about ten percent better for women with ER+ than for those with ER- tumors, probably because they usually respond to hormone therapy. However, after five years, this survival difference begins to decrease and over time may even disappear. Although ER- breast cancers tend to recur earlier than ER+ cancers, survival at ten years after diagnosis may be the same. No patient with ER+ breast cancer can ever be considered cured. Despite the use of hormone therapy, recurrence rates remain almost constant for up to 20 years. Women with node-positive (that’s me) or large (≥ 2 cm) tumors had recurrence rates of almost 4% a year for 10 years, with little difference between years 0 through 5, and 5 through 10. My integrative oncologist thinks my chances of recurrence are somewhere between 10% and 50%.

A word about terminology is needed here. When breast cancer “recurs’ that means it has come back in the same or opposite breast or in the chest wall. Recurrent breast cancer is considered late stage, but it might still be curable. “Metastatic” breast cancer means that it has spread to other parts of the body, usually the bones, liver, lungs, or brain. It is still breast cancer, but it is considered both late stage and incurable. Even though they mean different things, and even though it’s obviously better to have a recurrence than a metastasis, oncologists nevertheless use the terms interchangeably. This is probably because they can’t predict which one will happen. When my integrative oncologist talked about my chances of recurrence, I think he really meant metastasis. Since oncologists use the words as if they were synonymous, I will use them that way too, mainly because I can’t tell which one the oncologists mean. Another word they use is “relapse.” A local relapse means the same thing as a recurrence. A distant relapse means the same thing as metastasis. The word “remission” means that the cancer is not showing up on scans. This could mean either that there is no cancer, or that it is too small to show up on tests.

Estrogen and progesterone are thought to increase cell growth and division, thereby increasing the likelihood of DNA damage and cancer growth. Because breast cancer risk increases with higher lifetime exposure to estrogen, factors such as age at puberty and menopause as well as pregnancy and breastfeeding history can be significant. Women who menstruate before age 12 and/or reach menopause when they are older than 55 have more estrogen exposure and therefore higher risk, as do women who have never had a full-term pregnancy or who gave birth to their first child after age 30, or who have never breastfed. I reached puberty at 12. My age at menopause is unclear because I had been taking hormone replacement therapy (HRT), which artificially delays the symptoms of menopause. But I was older than 50, and I had never been pregnant or lactating (my children are adopted).

My risk of breast cancer was increased because I took HRT containing estrogen and progestin (synthetic progesterone). I had taken HRT on and off when I became menopausal, and I stopped after the results of the Women’s Health Initiative became public in 2002. At that time they found that HRT that combined estrogen and progestin increased the risk of invasive breast cancer by about 75%. Progesterone is included in HRT because it helps prevent endometrial cancer. However, estrogen without progestin can be prescribed for women without a uterus, and it is less clear if this therapy also increases risk of breast cancer. Results from the Women’s Health Initiative study suggested no increased risk of breast cancer associated with estrogen-only therapy. Subsequent studies have been inconsistent; some show increased risk and some even show decreased risk.

Unfortunately, I had gotten back on HRT a few years before my diagnosis, as a way of treating my arthritis. I don’t know whether all rheumatologists would agree, but some believe that osteoarthritis is caused by a lack of estrogen. When I put topical estrogen on my arthritic fingers and toes, I got an immediate reduction of pain and stiffness. My gynecologist pretty much insisted I take systemic (oral) HRT as well. I told him of my worries about breast cancer risk, and he reassured me each time. I was still worried, and I was already tapering off the hormones when I got my diagnosis. Although not all gynecologists agree that HRT is risky, I have never seen an oncologist who did not think it was. In fact, after the results of the Women’s Health Initiative became known in 2002, and millions of women stopped taking HRT, the incidence of breast cancer dropped significantly for the first time since 1945. (Unfortunately, it appears to be going up again.)

In addition to HRT, I had other hormonal exposure. Since I never wanted to be pregnant, I took birth control pills from almost the time they were invented until my doctor stopped prescribing them when I reached my 40s. When they first came on the market, they contained much higher doses of estrogen and progestin than they do now, so my exposure was greater than that of women who take birth control pills today.

The anti-estrogen hormonal therapy that I now take is the opposite of HRT. Because HRT contains estrogen and sometimes progestin and other hormones, it increases hormone levels in the body. Increased hormone levels can reduce menopausal symptoms such as hot flashes, night sweats, vaginal dryness, joint pain, fatigue, and mood changes. The hormonal therapy I would be taking would do the opposite; it would lower the level of estrogen in my body and therefore increase the symptoms of menopause, among other side effects.

There are two main types of oral anti-estrogen therapy (also called hormonal or endocrine therapy): selective estrogen receptor modulators (SERMs) and aromatase inhibitors (AIs). While they both aim to slow or stop the growth of hormone receptor-positive tumors by preventing the cancer cells from getting the hormones they need to grow, they work by different mechanisms and have different safety profiles.

The most commonly prescribed SERM to prevent recurrence of ER+ breast cancer is tamoxifen (Nolvadex). Tamoxifen blocks the estrogen receptors on breast cancer cells. Estrogen is still present in the body, but it can’t bind to the cancer cells. This means that it acts like an anti-estrogen in breast cells, but it acts like an estrogen in other cells, such as the uterus and the bones. Tamoxifen can be taken by women of any age with any stage of breast cancer, and it is the only anti-hormonal therapy approved for premenopausal women. In a pooled analysis of data from participants in 20 clinical trials reported in The Lancet, women with ER+ breast cancer who took tamoxifen for about 5 years had a one-third reduction in the risk of dying from breast cancer throughout the 15-year follow-up period. However, it must be taken every day to be effective, and stopping it before completing 5 years can increase the chance of a recurrence.

The most common side effects are hot flashes, fatigue, mood swings, and vaginal dryness or discharge. Five or more years of tamoxifen use increases risk of cataracts and other eye problems. Women using tamoxifen should get regular eye exams. More serious side effects are rare but also possible, such as cancers of the uterus (endometrial cancer and uterine sarcoma) in women who have gone through menopause. This is because, according to the American Cancer Society, tamoxifen is a known human carcinogen.  Blood clots are another possible serious side effect. Deep venous thrombosis refers to blood clots that form in the legs. These are more common than pulmonary embolism, which occurs when a clot blocks an artery in the lungs. In postmenopausal women, tamoxifen can increase the risk of stroke and heart attacks. Tamoxifen can affect bones differently depending on whether a woman is still menstruating. In postmenopausal women, tamoxifen can increase bone density, but in premenopausal women it can cause bone thinning.

Aromatase inhibitors (AIs) work differently. After menopause, the ovaries produce only a small amount of estrogen. However, some estrogen is still made by the aromatase enzyme in muscle, skin, breast, and fat tissue. AIs block the process, so the amount of estrogen in the body is lowered. The hormone receptor-positive tumors do not get fed by estrogen, and they either go dormant or die. However, AIs are not able to prevent the ovaries from making estrogen, which means that AIs only work in women whose ovaries are not functioning. This is the reason they are only prescribed for postmenopausal women. (I asked whether there was any need to block progesterone for PR+ cancers, and was told that estrogen blocks it as a secondary effect.)

Unlike tamoxifen, the AIs don’t cause uterine cancers, and blood clots are very rare. They might, however, cause higher blood cholesterol levels, muscle pain, bone thinning (osteopenia), fractures, and joint stiffness and/ or pain. It may be possible to reduce side effects by switching to a different AI, but sometimes the side effects can be serious enough that some women stop taking the drugs. When this happens, it is usually recommended that the women switch to tamoxifen until they have completed 5 years of hormone therapy.

The standard of care is to give tamoxifen to all women who have not yet reached menopause if their cancer is hormone-receptor-positive. Postmenopausal women can take either tamoxifen or AIs. Three AIs have been approved to treat breast cancer in post-menopausal women: letrozole (Femara), anastrozole (Arimidex), and exemestane (Aromasin). Several studies have shown that using AIs for 5 years, whether alone or after tamoxifen, reduces the risk of cancer recurrence more than taking 5 years of tamoxifen alone. Schedules that are known to be helpful include: tamoxifen for 2 to 3 years, followed by an aromatase inhibitor (AI) to complete 5 years of treatment; tamoxifen for 5 years, followed by an AI for 5 years; or an AI for 5 years.

The three AIs appear to have similar benefits and side effects. My medical oncologist started me on Aromasin (exemestane), and I took one pill every day. I had hot flashes, night sweats, and joint pain. I could see that my arthritis was getting worse; I was getting more pain and deformities in my fingers and toes. After about a year of listening to my complaints, she switched me to Femara (letrozole) in hopes that my side effects might subside, but it did not seem to make any difference. However, I had some of these symptoms even before I had cancer (which is the reason I took HRT), so I can’t be sure how much I can blame the AIs.

There had been debate about how much benefit could be gained from women continuing to take AIs past five years, and a 2016 study has provided the latest word:  In the largest and most powerful study of this issue to date, Michael Gnant and his colleagues at the University of Vienna analyzed data from 3,484 women who began taking aromatase inhibitors between February 2004 and June 2010. All the women had previously received five years of AI or other endocrine therapy, such as tamoxifen.  In the randomized, controlled study, they were assigned to take Arimidex for either two additional years or five additional years. When the study ended in June, 2016, there was no difference in recurrence of breast cancer between the two-year group and the five-year group: 22% of the women in each group had a recurrence of breast cancer. There were also no significant differences in overall survival or in the time before breast cancer was diagnosed in the other breast.

Although the study only explored Arimidex, the AI medications are all similar, and Gnant believes the study results would apply to other types too.  However, he thought that a large, ongoing study might show that some specific types of patients benefit from taking AIs for longer periods.