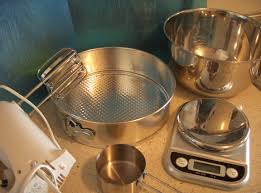 There are some food-related dangers in cookware and food packaging. In 2005 the EPA fined chemical giant DuPont a record $16.5 million because for decades it had been covering up the health hazards of a chemical known as C8, also called PFOA. In 2005 the EPA Science Advisory Board found that PFOA is a likely human carcinogen. PFOA was a main ingredient in making Teflon™, the non-stick coating used on pots, pans, bakeware, cooking utensils, and many small electric kitchen appliances. PFOA was also used to make grease-resistant coatings for food packaging, such as microwave popcorn bags, pizza boxes, and wraps for greasy items like French fries. These chemicals are used not only in food-related items, but also in a variety of stain-resistant, waterproof, and flame-retardant products, including soil, stain and water-repellant treatments for clothing, carpets, and furniture, protective sprays for shoes and leather, and paint and cleaning products.

DuPont and seven other companies promised to phase out PFOA by 2015. They have replaced PFOA with new food package coatings and an “improved” Teflon. However, the Environmental Working Group (EWG) investigated and did not find any evidence that the new chemicals are safer; in fact, they found evidence that DuPont and other manufacturers are still deceiving the public about health risks:

Like PFOA-based coatings for household products like stain-resistant fabrics and carpet, waterproof clothing, and food packaging, the new compounds are also made from, contaminated with, or break down into perfluorochemicals (PFCs).  Like PFOA, they persist in the environment and can cross the placenta to contaminate babies before birth.

It seems wise to avoid non-stick pans, pots, bakeware and utensils, including the newer “green” variety made by chemical companies like DuPont. There is a new product which is not made by DuPont, called GreenPan, a supposedly eco-friendly nonstick pan, made with Thermolon, a ceramic coating. So far, I have been unable to find any reports that it emits toxic fumes or particles even at high heat. However, I looked up the reviews on Amazon, and most of them said that it loses its non-stick coating after a few months, so you might as well avoid that too.

Aluminum cookware is not recommended either. Whether it’s plain, anodized or enameled aluminum, it has the potential to leach into food under some conditions. Anodized and enamel coatings are not impenetrable; they can be scratched or damaged. Large amounts of aluminum have been found in the brains of Alzheimer’s patients, which means that aluminum can cross the blood-brain barrier.  This does not necessarily mean that it causes Alzheimer’s, but it probably is not a healthy thing to have in our brains.

Enameled cast iron, ceramic, or steel are good choices because enamel is nonreactive. However, it is a good idea to avoid ceramic cookware or dishes that are cracked or chipped because the glazes used in ceramic dishware often contain lead, and cracked or chipped glazes may be more likely to leach lead into foods and liquids.

Glass cannot be used on the stovetop, but tempered glass such as Pyrex is excellent for baking. Both glass and stainless steel are good choices for mixing bowls, too.