Overdiagnosis and Overtreatment of Breast Cancer 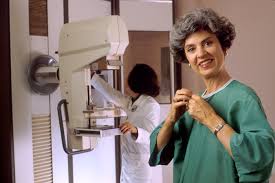 A bombshell study was published in the Annals of Internal Medicine in early 2017.  Danish researchers studied data on more than 1.4 million women aged 35 to 84 between 1980 and 2010.  They found that increased screening for breast cancer by mammograms caught additional cases of small, slow-growing tumors that were unlikely to harm the patient, but it did not catch additional cases of more aggressive and dangerous cancer that were likely to kill the patients.

“Overdiagnosis means that healthy women get unnecessary breast cancer diagnoses” said lead study author Dr. Karsten Juhl Jorgenson.  It is estimated that one out of every three cases of breast cancer are overdiagnosed, and this is likely to increase with the use of more advanced technology, such as improved mammography and biopsy techniques.  Overdiagnosis can also reflect the patient’s fear that cancer will be missed as well as the doctor’s fear of litigation.

The Danish study included overdiagnosis of both invasive breast cancer tumors and DCIS. DCIS (ductal carcinoma in situ) means that abnormal cells are found in the lining of breast ducts. DCIS is Stage 0, meaning it has not spread outside the duct into the surrounding breast tissue, and it’s commonly called a precancer. Before the widespread use mammograms began in the 1980s, about 3% of breast cancers diagnosed through screening were DCIS.  DCIS now accounts for about 20% to 25%.

The risk of mortality from DCIS is very low, but because a few cases do progress into invasive breast cancer, and because doctors cannot distinguish which cases of DCIS will progress and which will not, the standard of care has been to recommending treatment for all of them; this includes either mastectomy or lumpectomy with radiation or hormone treatment or both.

However, new research reported in JAMA Oncology looked at more than 100,000 women with DCIS and found that aggressive treatments do not reduce breast cancer mortality rates. This implies that the best course of action would be watching and waiting instead of undergoing treatment with all its risks.

It used to be thought that cancers grew at a steady pace, and that’s why they believed that early detection saved lives.  However, it’s now understood that not all cancers are alike.  An analysis published in the Archives of Internal Medicine shows that only about 3 percent to 13 percent of women who detected their breast cancer by mammogram were actually helped by early detection. The breast cancers that are found on mammograms can be seen as falling into four categories.

The first category includes cancers that are overdiagnosed; that is, they would never have become dangerous and there was no need for any treatment. However, because of their mammograms, women are sometimes treated unnecessarily and harmed by side effects from surgery, chemotherapy, radiation, hormones, and the late effects of treatment, such as new cancers, scarring, and/or heart damage.

Of course, overdiagnosis leads to overtreatment, which means treating a disease that did not require treatment, without benefit to the patient.  Overtreatment can occur in two ways: The first way is when no treatment is necessary because of overdiagnosis, and the second way involves using more aggressive treatments than necessary.

Researchers really don’t have an accurate measure of how often breast cancer is overdiagnosed.  However, if the estimate of one out of three is correct, it means that tens of thousands of women in the United States receive unnecessary treatment for tumors that would never have become life threatening.  This means that they suffer the side effects of surgery, chemotherapy, radiation and other therapies that can include breast amputation, pain, scarring, neuropathy, lymphedema, chemobrain, infertility, heart disease, secondary cancers, and financial and psychological harm.

There is usually no way to tell which patients benefited from treatment and which did not.  Doctors don’t know and neither do patients, so they both tend to say that the treatment saved their lives. One thing we do know is that early screening is not ending the breast cancer epidemic with all its personal and societal consequences, even though some mainstream breast cancer charities are still pushing annual mammograms as the answer.

In view of the shortcomings of mammography and harms of overdiagnosis and overtreatment, it would seem that watching and waiting, or “active surveillance” should become more popular after early stage breast cancer diagnoses.  However, doctors are loath to recommend it because there can be adverse consequences to their careers for failing to follow the standard of care (some combination of surgery, chemotherapy, radiation, and hormones), especially if the cancer does progress. The standard of care is unlikely to change until the active surveillance method has been tested in a randomized prospective trial, which is the gold standard for the widespread adoption of a medical treatment.

Fortunately, some preliminary research is now being started.  A DCIS registry is being created at the five University of California medical centers. Women diagnosed with DCIS at any of the facilities will be offered active surveillance as one of the options, and be tracked over time.  It is hoped that the data will help doctors understand which DCIS patients will go on to develop invasive breast cancers and which will not.

Meanwhile, the U.K.’s National Institute for Health Research is funding a 10-year randomized controlled prospective study that will include 900 women. Half will get the standard care, and half will be actively monitored.

Although the new research will not end the breast cancer epidemic, it has the potential to end the damage caused by overdiagnosis and overtreatment.