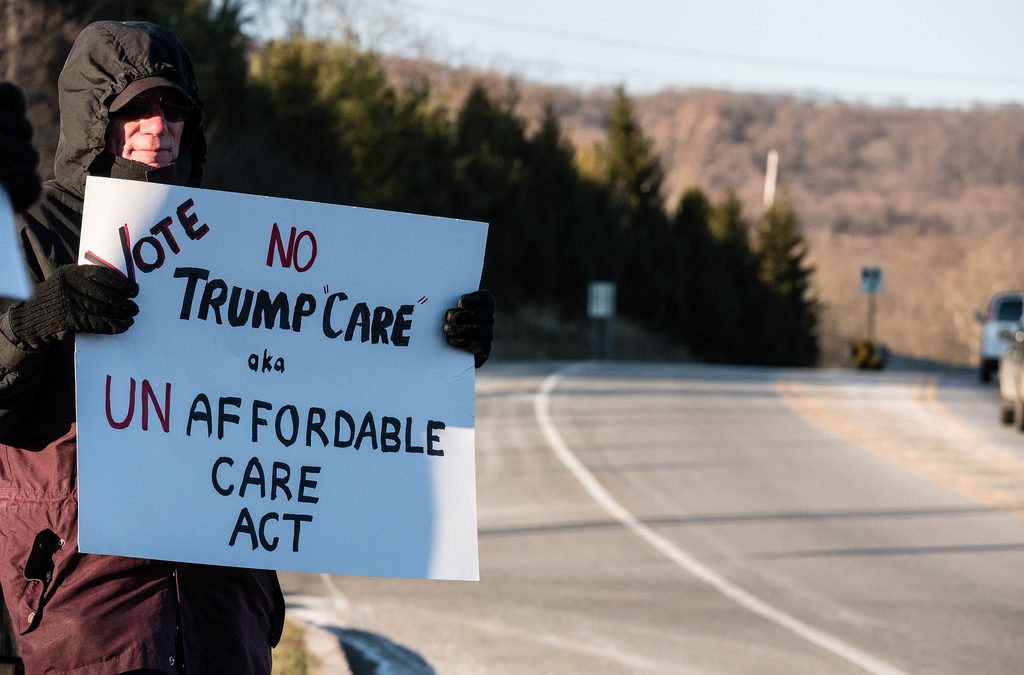 Access to healthcare is matter of life or death for women diagnosed with breast cancer, as well as for those at risk. But according to the nonpartisan Congressional Budget Office (CBO), the American Health Care Act (AHCA), also known as Trumpcare, would put healthcare out of reach to those who need it most. “People who are less healthy (including those with pre-existing or newly acquired medical conditions) would ultimately be unable to purchase comprehensive nongroup health insurance at premiums comparable to those under current law, if they could purchase it at all,” according to the CBO.

I saw firsthand what can happen to patients not covered by insurance when I attended a breast cancer support group after my own diagnosis in 2011.  I’ll never forget one member of our group in particular:  She had been happily married to her second husband for 16 years, but when she was diagnosed with breast cancer he left her, taking his health insurance with him.  She was not able to get her own insurance because of her pre-existing cancer diagnosis.  She had to deplete her savings and move in with her daughter.  This was before the Affordable Care Act (ACA), also known as Obamacare, went into effect.  (Although it became law in 2010, most of its major provisions did not take effect until 2014.)

According to the American Cancer Society, people living in poverty and those without health insurance are more likely to be diagnosed with advanced stage disease, more likely to receive substandard medical care, and more likely to die from cancer.

The CBO says that if Trumpcare becomes law, an estimated 51 million people under the age of 65 would be uninsured by 2026.  That’s 23 million more people without insurance than under Obamacare.  AHCA strips about $834 billion from Medicaid by rolling back the ACA’s Medicaid expansion, and also by placing “per capita caps” on the states. Per capita caps means that many states  will run out of money and be forced to ration care.

Breast cancer, already the most common cancer in the United States, is projected to rise by 50% by 2030, according to researchers at the National Cancer Institute (NCI). They expect 441,000 new cases in 2030, up from 283,000 in 2011.  Right now, about 40,000 women (and 400 men) die every year of breast cancer in the United States.  The combination of more new cases of breast cancer and less access to health care will cause those numbers to skyrocket.  If Congress passes Trumpcare, they will be signing the death warrants of thousands of people from breast cancer alone