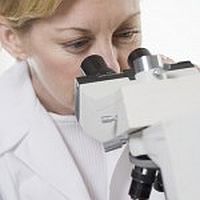 The first reason involves profits to the pharmaceutical industry.  Heidi Williams, economics professor at M.I.T. and winner of a MacArthur Foundation “genius” grant, along with two colleagues, recently studied the reasons that researchers focus on cancer treatment rather than on prevention. They found that there is more money to be made from drugs that might extend cancer patients’ lives by a few months than there is in trying to develop drugs to prevent cancer.1

The second reason has to do with carcinogens spewed into the environment.  If we could avoid those, we would prevent many, if not most, of the new cases of cancer.  However, if corporations were held  accountable for their toxins, it would cost them billions.  It’s cheaper for the corporations to lobby congress to escape accountability and to get in bed with cancer charities.

One technique they use is cause-related marketing (CRM), which refers to mutually beneficial collaborations between corporations and nonprofits. CRM is different from corporate philanthropy because the corporate money is not a tax-deductible gift to a nonprofit. The corporation benefits from a potentially improved image and reputation which they hope will increase brand loyalty and boost sales. The nonprofit benefits because it is getting more money and more publicity. We see an example of CRM every October when all kinds of products wear pink ribbons in return for donations to cancer organizations.  When these products contain environmental toxins and potential carcinogens, this nefarious practice is called pinkwashing.

One cancer charity that is notorious for corporate pinkwashing is Susan G. Komen for the Cure.  In return for donations, it has slapped pink labels on numerous products containing known and suspected carcinogens.2  Some began wondering if Komen is providing pink ribbons as cover for companies that increase the load of carcinogens in the environment.

Komen advocates mammograms, but it is important to recognize that mammograms have no value for prevention.   Even their value in early detection has been overstated.  An analysis published in the Archives of Internal Medicine shows that only about 3 percent to 13 percent of women who detected their breast cancer by mammogram were actually helped by early detection.3

Samuel S. Epstein, M.D. is professor emeritus of environmental and occupational health at the University of Illinois Chicago School of Public Health, and founder of the Cancer Prevention Coalition. He has written 270 articles and 12 books, mostly about the preventable causes of cancer. His 2011 book, National Cancer Institute and American Cancer Society: Criminal Indifference to Cancer Prevention and Conflicts of Interest, charges that the federal National Cancer Institute (NCI) and the nonprofit American Cancer Society (ACS) have spent billions of taxpayer and charitable dollars promoting treatment and ignoring prevention, other than quitting smoking. He charges them with refusing to make information about the avoidable causes of cancer available to Congress and to the public because of their alliances with special interests. He accuses the cancer establishment of supporting a “blame-the-victim” attitude toward the cause of cancer, including breast cancer, attributing the rising cancer rates to individual heredity and lifestyles, rather than to avoidable exposure to carcinogens in the environment.4

So it seems that the focus of research is kept off prevention for at least two reasons:  First, pharmaceutical companies would lose money by changing their focus to prevention, and second, focusing on prevention could turn public attention to the toxins that corporations are releasing into every aspect of our lives.

What can we do to shift the focus of research to prevention?  For starters, we can contact our representatives in Congress, we can sign petitions, and we can boycott the guilty companies.  We can stop supporting charities that are beholden to special interests and instead support charities that focus on transparency and prevention.  You can find some of them on twgbreastcancer.com under the Resources tab: We recommend Breast Cancer Action, Breast Cancer Fund, and the Environmental Working Group.