Radiation Therapy Can Cause Cancer to Spread 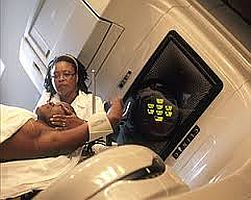 This is the third in our series of blogs about how conventional cancer treatment can cause cancer to spread.  We have posted previous blogs about surgery and chemotherapy.  It has been recently revealed that mammography can cause future radiation-induced breast cancers.   Radiation is a known carcinogen, and now we know that radiation therapy (also called radiotherapy) can also cause cancer to spread.  But before we get into how this works, I would like to clarify exactly what the goals of radiation therapy are.

Many people think that radiation therapy will help to prevent the cancer from metastasizing, or spreading to other organs.  In fact, the purpose of radiotherapy is to decrease the chances of a local recurrence, not to prevent a systemic metastasis. A local recurrence means the cancer comes back in one of the breasts or in the chest wall. It is considered late stage breast cancer, but it may still be curable. Metastasis means that the breast cancer has spread to another organ, usually the bones, liver, lungs, or brain. A metastasis is considered late stage breast cancer and incurable.

Since there is evidence that radiotherapy can cause cancer to spread, patients have to weigh the benefit of radiotherapy against the possible harm.  My radiation oncologist told me that radiotherapy would reduce my chances of local recurrence from 30% to 10%. That’s the expected benefit; we will now look at the risk of harm from cancer spread by the treatment.

The risk of the cancer spreading occurs in two ways.  The first way is that secondary cancers can be caused by the radiation.  According to the American Cancer Society, myelodysplastic syndrome (MDS), a bone marrow disorder that can turn into acute leukemia, has been linked to past radiation exposure. Also linked to radiation are acute myelogenous leukemia (AML), chronic myelogenous leukemia (CML), and acute lymphoblastic leukemia (ALL). The risk of these diseases after radiation treatment depends on a number of factors such as: how much of the bone marrow was exposed to radiation; the amount of radiation that reached active bone marrow; and the radiation dose rate (how much was given in each dose, how long it took, and how often it was given). Most cases usually develop within 5 to 9 years after exposure; the number of new cases slowly declines after that. Solid tumors are also linked to radiation. They usually take longer to develop than blood cancers, usually showing up around 10 to 15 years after radiation therapy. The effect of radiation on the risk of developing a solid tumor cancer depends on such factors as: the dose of radiation; the area treated; and the age of the patient when she was treated with radiation. In general, the risk of developing a solid tumor after radiation treatment goes up as the dose of radiation increases, and certain organs, such as the breast and thyroid, seem to be more likely to develop cancers after radiation than others. (I found it hard to wrap my head around the idea that radiation to prevent a recurrence can cause a recurrence of breast cancer.) The chance of developing cancer after radiation seems to be highest in those exposed as children. Fortunately for me, risk decreases as the age at the time of radiation increases, with little or no increase in risk among women who had radiation after the age of 40. Age at the time of radiation treatment has a similar effect on the development of other solid tumors, including lung cancer, thyroid cancer, bone sarcoma, and gastrointestinal or stomach cancers. My radiation oncologist told me that my risk of lung cancer due to radiation would be less than 1%; and that I also had a risk of heart damage at around 2% because my radiation would be on the left side.

There is a second way that radiation can cause cancer to spread. Researchers at the Department of Radiation Oncology at the UCLA Jonsson Comprehensive Cancer Center found that, in ways similar to chemotherapy, radiotherapy creates breast cancer stem cells.  The radiated stem cells were more than thirty times more likely to form tumors than non-radiated breast cancer cells. Even when there is a visible tumor that is clearly shrinking as a result of radiation, which makes  it appear that the treatment is working, what is actually happening is that the treatment is killing the less harmful cells, thereby increasing the ratio of malignant cells to benign cells and making it much more likely that the patient will die.

The next question should be: What treatment options are possibly safer and more effective? There is evidence that treatment with some natural, non-toxic substances would lead to better survival rates, and an increasing number of patients are opting for these kinds of alternative care.  However, most research is funded by big PHRMA, and they would never fund research on substances that cannot be patented and therefore cannot generate any profits.  Therefore, large double-blind studies will likely never be done.  However, there is some evidence from smaller studies that the following substances  have the ability to target cancer stem cells: Curcumin (Turmeric),  Resveratrol (Red Wine; Japanese Knotweed), Quercetin (Onion), Sulforaphane (Broccoli sprouts), Parthenolide and Andrographalide, Genistein (Cultured Soy; Coffee), and Piperine (Black Pepper). No doubt there are more; this is just the beginning.